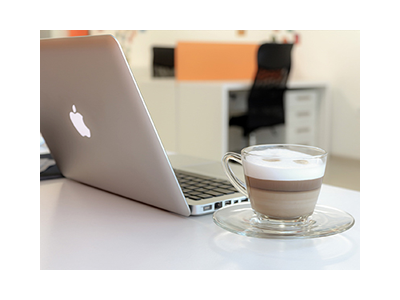 The program is accredited or pre-approved by HRPA, CPHRAB, CPHRBC and Yukon for 6.5 CPD recertification hours.

This course has been accredited by the LS of Ontario and LSBC for 6.50 hours of continuing professional development.

The program is accredited by the Institute of Internal Auditors (IIA) for 6 hours.

This is an amazing course. I learned so much!

These are truly great courses – and a lot of fun, too.

These courses teach how to access and preserve that information – efficiently and ethically.

The courses are very much hands-on, full of practical exercises and lots of take away information sheets. We provide the computers and a very highly regarded and experienced instructor.  If the experience of participants on previous courses is anything to go by, you will be amazed by what you learn. Spaces are limited.

We have divided the Internet course into two days. One day focuses on social media. The other day covers the broader Internet, including how to find information smartly and strategically. We will teach you about Open Source Intelligence (OSINT).

You can mix and match with other investigations courses we are doing. Pick a day from How to Use the Internet as an Investigative Tool programme and combine with the Fundamentals of Investigation course and/or the Investigative Interviewing course – or take them all!

Here’s what we will cover:

Using the Internet as an Investigative and Research Tool

Part 1  – The World Beyond Social Media

This full-day course introduces you to the proper techniques to navigate and recover information from the World Wide Web.

Using the Internet as an Investigative and Research Tool

Twitter, Facebook, LinkedIn, YouTube– and many more. Social media contain a wealth of information that might be of use to you – if you know how and where to look for it. This full-day course will cover how to use Internet social networks to further your investigation. We will cover:

This is an exercise-based course – with practical examples and techniques that will have you digging deeper into the Internet as the day goes on. The course will give you the skills to mine social media networks for information relevant to your investigation – effectively and ethically.

It was all relevant. Very good approach

You will be on-line throughout the day on both days, learning the techniques by actually doing them. It’s proactive, practical and fun.

Using the Internet as an Investigative and Research Tool: Social Media Outcomes

You will know how to:

A very enlightening day – learned lots. The course opened up my world on search options/methods.

Andy Phillips was a member of the Royal Canadian Mounted Police (RCMP) for twenty-five years, over 20 years of which was spent investigating financial crimes. He retired from the RCMP in 1997 and spent two years working within the banking and insurance industry.

Andy’s focus since 1999 has been the Internet and its use for investigations. In September 2008 he set up his own consulting business and now works and consults for various Federal and Provincial government agencies in Canada. He has testified in court in respect of evidence from the Internet, and in 2009 was qualified as an expert on Internet Open Source Collection in General Division Court in Montreal in a national security matter.

Andy has created and delivered courses on using the Internet as an investigative tool to administrative investigative agencies, regulators and law enforcement in Canada, the United States, Europe, the Middle East, Africa, Southeast Asia, Australia and Latin America.

Paul Couture was a member of the Royal Canadian Mounted Police (RCMP) for more than 29 years, of which most was spent investigating organized crime, money laundering and national security related offences in Canada and abroad. Since 2002, Paul has used the Internet as an investigative tool and has developed a broad expertise in this field. In 2009 Mr. Couture was declared an expert witness on Internet Open Source Collection in the Criminal Division Court in Montreal, Quebec in a National Security matter.

Mr. Couture was selected in 2010 as the head of the international liaison office for the RCMP, deployed for 4 years to the Canadian Embassy in Berlin and had diplomatic responsibilities for law enforcement relations and investigations involving 6 countries including Germany, Switzerland, Austria, Poland, Czech Republic and Lichtenstein.

Upon his return to Canada in 2014, Paul was named Head of Operations for the Tactical Internet Open Source (TIOS) unit at RCMP National Headquarters.  He was involved in several high priority investigations that required in depth online research. Mr. Couture also provided training on the use of the internet as an investigative tool to local and foreign law enforcement agencies in Canada and abroad including in Morocco and Bangladesh.

Paul was a member of TIOS for over 7 years before retiring in 2017 and setting up his own consulting business, providing research and training in the use of the Internet as an investigative tool, while keeping current with the fast-changing environment of Cyber World including social media and the Dark Net.

Previous attendees have come from: